Hajj takes place starting from the 8th of Dhul Hijjah through the 12th of Dhu al-Hijjah. Each and every Muslims should take these 10 days very seriously and perform as much Ibadah as possible.

Mentioned in the Quran

According to many prominent scholars, these 10 nights refer to the first 10 nights of the month of Dhul Hijjah.

Dhul Hijjah is a Sacred month

“Indeed, the number of months with Allah is twelve [lunar] months in the register of Allah [from] the day He created the heavens and the earth; of these, four are sacred.” Quran 9:36. These 4 sacred months are;

Prophet Muhammad ﷺ said, “No good deeds done on other days are superior to those done on these (first ten days of Dhul Hijja).”

Then some companions of the Prophet Muhammad ﷺ asked, “Not even Jihad?”

He replied, “Not even Jihad, except that of a man who does it by putting himself and his property in danger (for Allah’s sake) and does not return with any of those things.” Ref: Sahih al-Bukhari 969 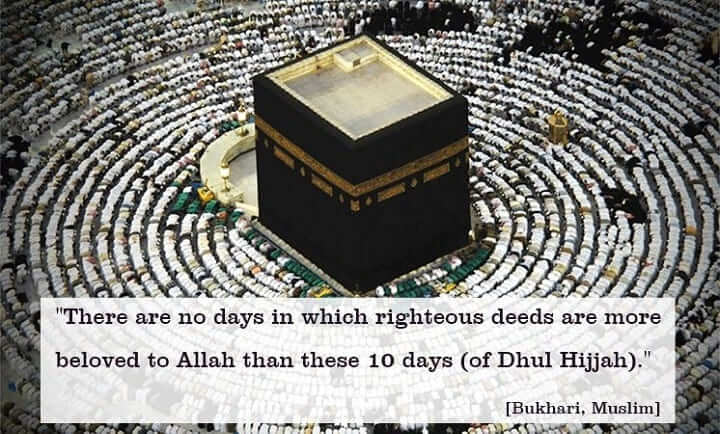 Islam was perfected on the day of ‘Arafah

“This day I have perfected for you, your religion and completed My favor upon you and have approved for you Islam as religion.” Quran 5:3.

The day of Arafah is the holy day in Islam that falls on the ninth day of Dhul Hijjah. It is the second day of the hajj pilgrimage and the day following is the principal day of the real Islamic occasion of Eid ul-Adha. 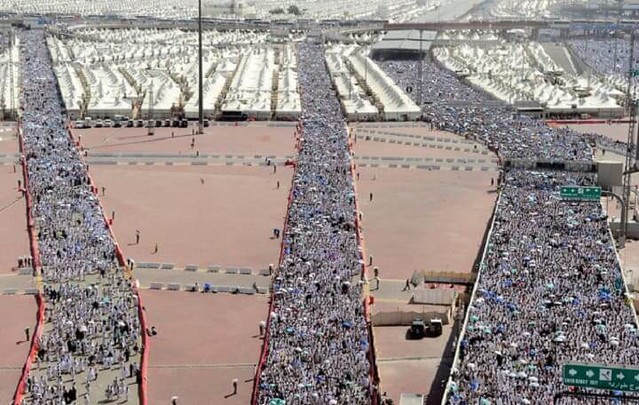 Fasting on the day of Arafah

Prophet Muhammad ﷺ said, “Fast the Day of Arafah, for indeed I anticipate that Allah will forgive (the sins) of the year after it, and the year before it.” Ref: Jami` at-Tirmidhi 749

Fasting a day = Fasting a year

Prophet Muhammad ﷺ said, “There are no days more beloved to Allah that He be worshipped in them than the ten days of Dhul-Hijjah, fasting every day of them is the equivalent of fasting a year, and standing every night of them (in prayer) is the equivalent of standing on the Night of Qadr.” Jami` at-Tirmidhi 758