What is also referred to as the Roman coriander or black cumin, black sesame, onion seed and black caraway, today it is primarily known as a black seed, however, the name does not give it justice. In the Arabic culture, these black seeds are known as Habbatul Barakah, which translates to the seed of blessing.

Hadith about Black Cumin: Amongst the Muslims, it is believed that the Holy Prophet (PBUH) stated that “it is a remedy for all the diseases except for death. Narrated Abu Huraira (may Allah be pleased with him): I heard Allah’s Apostle saying: “There is healing in Black Cumin for all diseases except death.” (Sahih Bukhari 7:71:592)

The black seeds are holders to several health benefits which have been thoroughly confirmed in medical literature. Since 1964, approximately 458 peers reviewed studies have been published which have referenced it. It is estimated that the black seeds are beneficial to more than 40 health problems or concerns.

1-Type 2 diabetes – those people suffering from this ailment are recommended to consume two grams of black seed in a day which will cause an increase in beta cell functions and reduced insulin resistance, glycosylated hemoglobin and fasting glucose.

2-Helicobacter Pylori Infection – these black seeds are in possession of a highly useful anti – H. pylori activity which is comparable to the triple eradication therapy.

4-High Blood Pressure – daily consumption of 100-200 mg of black seed extract, twice in a day for around 2 months will have reduced blood pressure.

5-Asthma – a component found in these black seeds, thymoquinone is much more effective than the drug fluticasone to treat asthma. Boiled water extracts have various anti-asthmatic effects on asthmatic people.

6-Acute tonsillopharyngitis – most commonly known as tonsillitis or a sore throat, this is a common viral spread ailment. The black seeds, however, have been found to significantly reduce the aggravation in the throat region and also reduce any need for painkillers.

7-Chemical Weapons injury – a study was conducted in which patients with chemical weapons injuries were given boiled water and black seed extract. This concoction reduced any chest wheezing or other respiratory symptoms and also pulmonary.

The patients also did not rely heavily on any treatment through conventional medicine anymore. 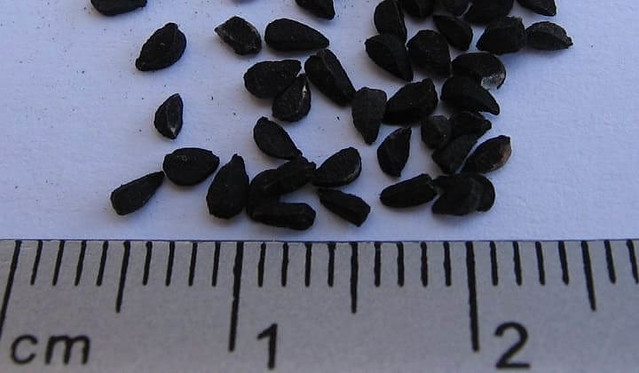 9-MRSA – these black seeds have a special anti-bacterial property against the MRSA clinical isolates.

10-Opiate Withdrawal or Addiction – those individuals hooked on to opiates can now use black seeds to reduce their opioid dependency and allow them to go clean and sober easily.