Among the 10 deaths, nine were reported from the western region of the Kingdom.

Here is a brief detail about the 10 Indians who died of coronavirus in the Kingdom. Among them, two were engineers in the Saudi Bin Laden group. 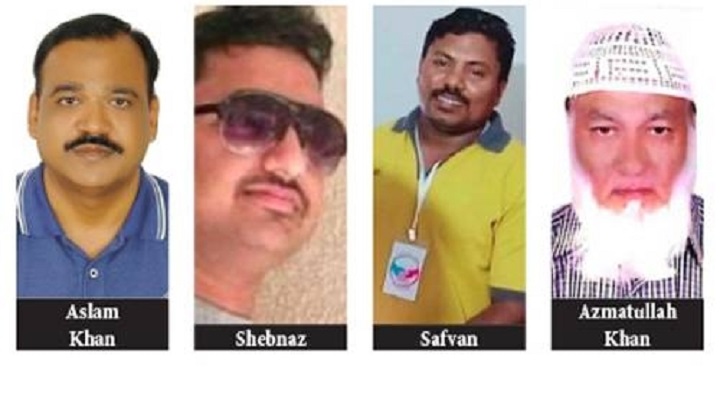 4 Indians who died of coronavirus in Madina are;

2 Indians who died of coronavirus in Jeddah are;

3 Indians who died of coronavirus in Makkah are;

Aslam Khan who was 51 years old was the residence of Meerut city from the Northern Indian state of Uttar Pradesh. He resides in the Kingdom with his family and worked as an electrical Engineer at the Haram Project.

Khan and his family had been living in Makkah since 2005 and shifted to Jeddah a few months ago. His family is still in Jeddah. Khan’s wife Gulistan Aslam is a teacher at Indian International School in Jeddah, a daughter Tamanna is a student of Grade 11 and a son Hamdi is in grade 8 in the international Indian school.

Khan got infected with the virus and on 3rd April his condition went worse and was admitted to King Faisal Hospital Makkah. He developed a severe fever and throat pain. He was on a ventilator for the last two weeks.

On March 21, he visited his family for the last time and on returning to Makkah he felt his bad health and decided to stay in Makkah, where he breathed his last on Saturday night. His family is now in self-imposed home quarantine and is unable to bid adieu to their beloved breadwinner. They received condolence from their school staff and students.

Azmatiullah breathed his last on Friday and was buried on Sunday after his family permitted Mujeeb authorization to perform his final ritual. Azmatullah Khan had no family member in Makkah thus Mujeeb Pukkotoor, a prominent Indian special worker and general secretary of Makkah buried Aslam Khan in Makkah Sharaie Cemetery.