The Battle of Khandaq or the battle of the trench is an important battle of the Islamic history. The battle took place as the Quraish wanted to come out of the humiliation of the defeats by the hands of Muslims and the angry of being exiled from the city of Madina.

1-The battle of trench took place in 5 A.H. It is said that the battle started in the last week of Shawwal and continued in Ramadan. The Jews and the Quraish joined hands to attack the Muslims by gathering an army of 10 thousand.

When the Prophet S.A.W learned about the enemy’s plan, he and his companions joined heads to come up with a defensive plan.

2-Salman al-Farsi (R.A) gave an idea to protect the city of Madina. He told that only the north of Madina is to be protected as the rest of the sides are fully protected through mountains and trees providing a natural boundary.

He gave forth an idea to dig a large trench at the north so that enemy could not raid into the city. His idea was readily accepted and the Muslims started to dig a trench. Even though the task was difficult, the Muslims were determined to undergo hard-work for sake of rewards in the hereafter.

The empty stomached Muslims with their high hopes (hopeful that they would be rewarded greatly in the hereafter) and determination (determined to provide services for sake of Islam) were able to dig the trench in only 6 days.

3-Mount Dhubab (also known as Mount Ra’yah) is where a famous miracle took place during the digging of the trench. The Prophet (peace and blessings of Allah be on him) struck a large rock which was reduced to pieces and emitted a light. 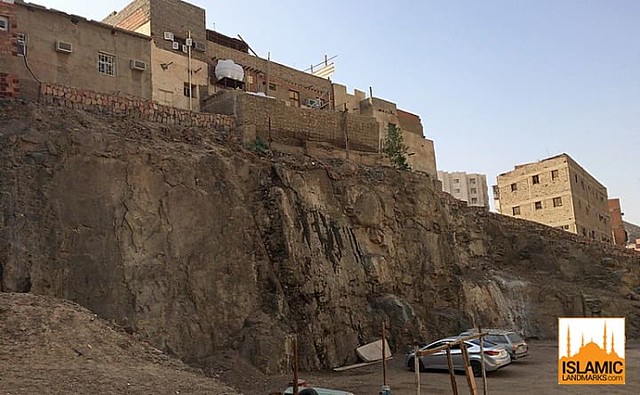 Upon this, the Prophet (peace and blessings of Allah be on him) gave the Muslims the glad tidings of the coming victories over Syria, Persia, and Yemen.

Masjid Ra’yah (masjid of the flag) is situated on the top of Mount Dhubab. During the digging of the trench (Khandaq) the tent of the Prophet (peace and blessings of Allah be on him) was pitched at this spot. Recommended: 7 Mosques of Madina built during the Battle of Khandaq 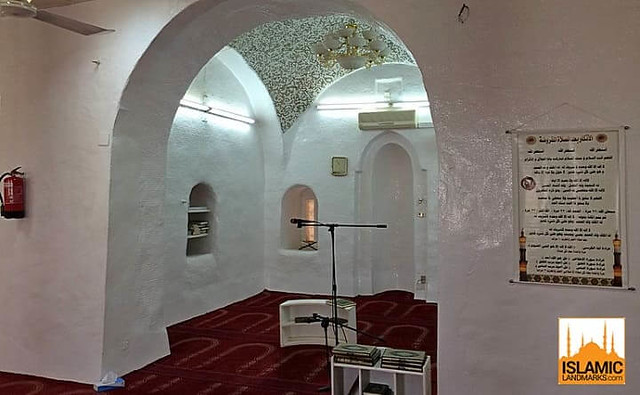 4-The trench idea worked greatly. When the enemy approached the city they were unable to enter it as the trench was there as a great obstacle for them. They deployed different techniques to pass by the trench yet failed.

They were able to capture the area between trench and Sila’ Mountain under the leadership of Amr bin ‘Abd-e-Wudd, yet Ali bin Abi Talib was able to kill Amr and regain the area. Similarly, Muslims made successive attempts to capture a failure.

5-The enemy knew that they would have to come up with an alternate plan and that’s what they did next. The leader of one of the Jewish tribe (Bani Nadir), Huyai, went to the other Jewish tribe (Banu Qurayza) and asked for help.

Even though Banu Qurayza and the Muslims had signed a peace treaty, they betrayed the treaty and offered assistance to Bani Nadir. The Banu Qurayza had remained loyal towards the pact before and had helped the Muslims in digging the trench, yet on the call of Huyai, they attacked Madina from the South.

6-Towards the south, the Muslim women and children were attacked by the Banu Qurayaza. The attack was a great shock to the Muslims: how could the Jewish tribe suddenly attack them?

Towards the south, the women and children were housed. The Muslims weren’t prepared for the attack from South. This attack made Muslims fearful. They started to lose hope: how would they be able to face such a huge army?

7-When the Holy Prophet S.A.W saw the situation, he became worried. Yet, soon he S.A.W remembered that Allah had promised them a victory so he asked his followers to remain hopeful and fight bravely. He sent an army towards the south so to protect the vulnerable Muslim women and children. 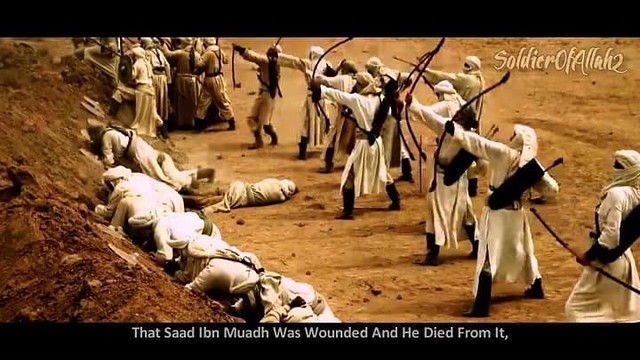 8-A miracle then took place. An elderly man named Nuaym ibn Masud approached the Prophet S.A.W and disclosed that he had accepted Islam. The man was respected by the enemies and belonged to the Confederates.

The man told that he would like to help the Muslims. The Prophet S.A.W asked him to somehow break the trust among the Confederates and the Banu Qurayza. By dividing the two, Muslims would emerge powerfully.

Nuaym went back with a plan. He went to the Banu Qurayza and filled in with the fear that if Muslims win the battle, the Confederates would escape easily leaving the tribe to face hardships at the hands of Muslims.

Nuaym then advised that the best way to remain on the safe side is to ask the Confederates for some leaders that shall be given as a hostage to Banu Qurayza.

Nuaym went to the Confederates’ leader Abu Sufyan and alarmed him that Banu Qurayza can form an alliance with Muslims again and shall not be trusted. The hostages shall not be given to them as they can send those hostages to the Muslims.

This created an environment of mistrust among the two (confederates and Banu Qurayza).

10-The Holy Prophet S.A.W prayed for victory. He asked Allah Almighty to defeat the Confederates for good. Allah Almighty accepted the prayers of His Beloved Prophet S.A.W and sent down a wind. A strong storm and mighty winds headed towards the enemy and destroyed everything.

Masjid Fatah is where the Prophet Muhammad (peace and blessings of Allah be on him) made dua (supplication) during the Battle of Ahzab and where Allah (Glorified and Exalted is He) sent him the glad tidings of victory.

11-The shelters of enemies, their resources, and their belongings went away with the wind. The helpless army of thousands and nothing to fight with and thereby had no choice but to leave the battlefield.

Subhan Allah! Verily no one can harm one when Allah is with him! Allah protected the Muslims from the attack. It was the strong faith of Muslims that made them emerge as victorious.