1-The Green Dome was built in the 7th Century A.H

The dome that is constructed above the Prophet’s grave was neither built on the will of Prophet nor by Sahaba, Taabi’een, followers of Taabi’een, scholars or Imams. It was in fact built in 7th century A.H.

In past, the sacred chamber was not covered by a dome. Rather it was made different from other chambers by building a brick enclosure in the mosque’s roof. 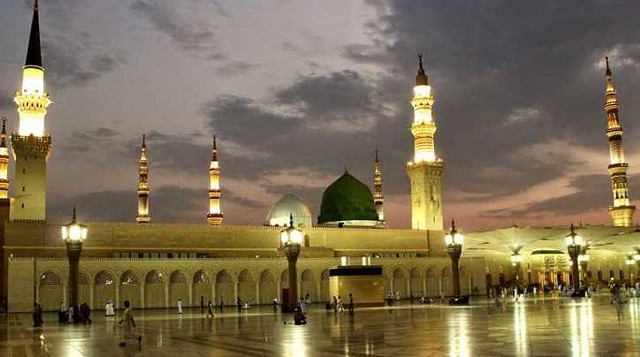 3-The idea was inspired by the churches of Egypt

The King al-Zaahir al-Mansoor Qalawoon al-Saalihi, got inspired by the upright churches/other structures of Egypt and Syria and thereby got the dome constructed over the sacred grave.

It was made out of wood. It had a square base and got octagonal towards the top. The dome was fixed upon the pillars, through the lead plate, that was around the chamber. The brick enclosure on the roof got also replaced by a wood enclosure. 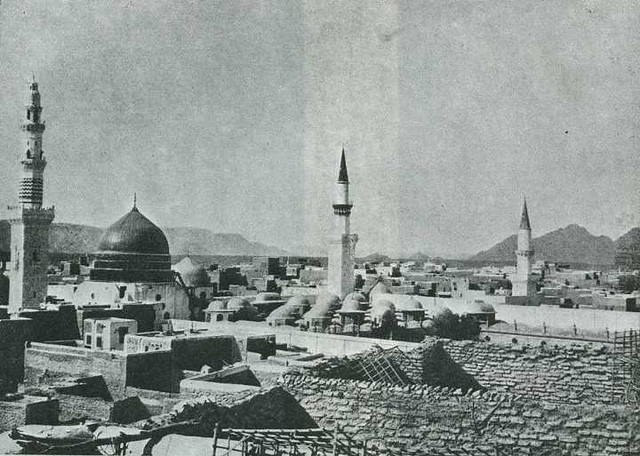 5-Al-Naasir Hasan ibn Muhammad Qalawoon was the first one to get the dome renovated. Later it was refurbished during the reign of al-Ashraf Sha’baan ibn Husayn ibn Muhammad in 765 AH as the lead plates got slipped. During the era of Sultan Qayit Bey in 881 AH, the dome got renovated again.

In 886 AH a fire struck at the mosque of the Prophet PBUH and damaged the dome. The dome was rebuilt in 887 AH at the orders of Sultan Qayit Bey.

Strong pillars were used to support the dome yet when the cracks started to appear in the upper part of the dome it was clear that there was a need to rebuild it. So Sultan Qayit Bey, ordered to build a dome out of plaster in 892 AH. 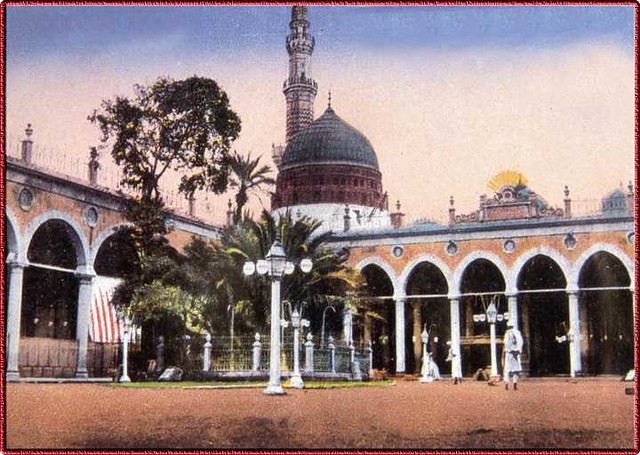 7-The Dome was not always Green

Another interesting fact about the dome is that is wasn’t always green. It originally had the color of wood, later it was colored white, then purple or blue.

However, it was in 1253 AH that Ottoman Sultan ‘Abd al-Hameed issued an order to paint the dome in green color. Since then the dome has a green color onto it. The green color till present gave it the name “green dome”. 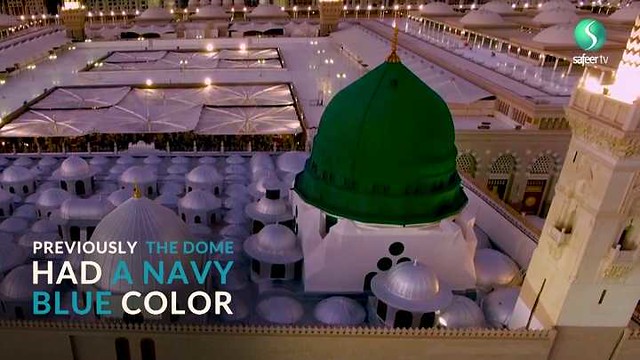 8-Eunuchs of Abyssinia are duty bound to take care of the inner chamber.

9-The dome comprises an inner chamber, a lead trench, and a pentagonal wall. The inner chamber (the hujra of Hadrat Aisha) is where the Prophet rests.

The lead trench was constructed by Nur Ud Din Zangi in 1179 A.D after the First Attempt to Steal the Holy Body of Prophet Muhammad S.A.W from Madina.

10-The Green Dome has been under criticism by Scholars

The scholars in past and now have not only criticized the dome but also its color. They assure that the Prophet PBUH has forbidden people from building structures on graves, plastering them and sitting on them.

They say it is an innovation in Islam and by constructing a dome over the Prophet’s grave, other people are encouraged to build domes on graves of their loved ones, imams, and scholars.